Motorization and Automation in the Awnings 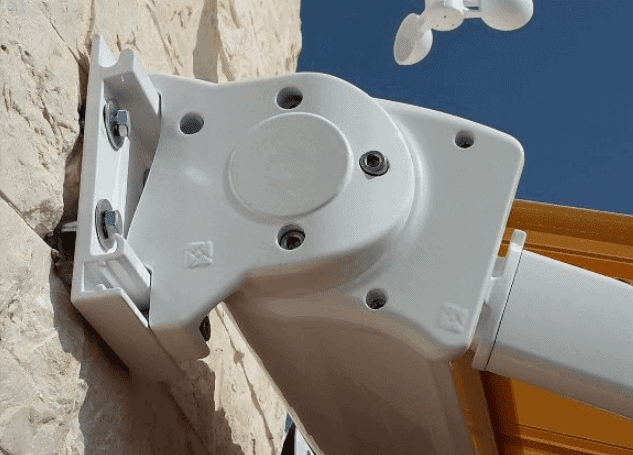 The motorization and the use of control and safety automatisms has been increasing every year mainly due to the domotization of the houses and the generalized lowering of the price of the motors and their automatisms.

The possibility of extending and collecting the awning or sun protection system with the convenience of a remote control makes its use more and more attractive.

If we add the possibility of applying to the awning a security automatism and that can be operated by means of the mobile or tablet, they make it even more attractive.

But … What is the automatism of awnings?

The motorization of an awning consists principally of coupling to the winding tube a tubular motor which is the one who will perform the maneuver of winding and extension of the awning by pressing the button of a remote control. The order to stop the extension and the collection is done by the so-called limit switches that are defined according to the extent of each awning, these limit switches can be mechanical and electronic, the latter are built into the engine software and ” They memorize “by means of a few pulsations in the control the moment of stop in the closing and opening maneuvers, in the mechanics are small screws in the base of the motor that turning each one of them also” memorize “the stops of stop.

This engine can be coupled with certain automations and safety systems described below.

Another sensor is the rain sensor that collects the awning when activated by the rain.

And finally the safety automatism that is no other than a wind vane that measures the amount of wind and also previously programmed will pick up the awning when it reaches the set wind limit.

This “safety” device bears this name because its collection order can not be canceled by any other device, nor even the remote control of the user, because being a security element will not allow the opening of the awning while there is a Risk of breakage and detachment by wind.

Toldos Costa Blanca has the widest range of motors, sensors and safety systems available to the needs of each client and case.

Consult us, we advise you on any system.

We are talking about... 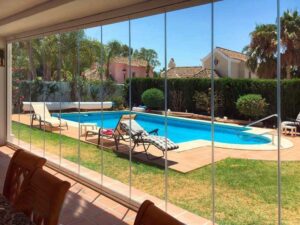 Terrace enclosures: connect your home to the outside

With terrace enclosures you can take advantage of this space all year round, while adding useful meters to your home or business. In addition, you enjoy 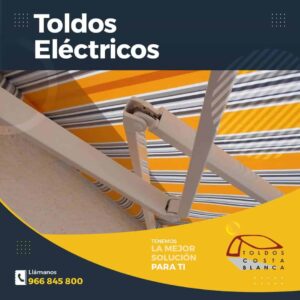 Tired of raising and lowering the awning manually? Install a motor in your awning and forget about complicated accessories to open and close the awning such 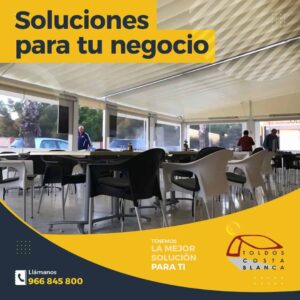 What is a side awning?